The need for a cross border partnership was identified by local authorities within the Central Border Region in the early 1990s which led to the formal establishment of the Irish Central Border Area Network or ICBAN in 1995.

ICBAN was founded to promote cross-border co-operation and communication at a Local Government level on common regional development concerns. This provided a forum to respond to the unique economic and social needs of the Central Border Region. The eight Member Councils areas of the Central Border Region includes Armagh City, Banbridge and Craigavon; Fermanagh and Omagh; Mid Ulster and the counties of Cavan, Donegal, Leitrim, Monaghan and Sligo.

Many of these areas share similar geographical, economic, social, administrative and political characteristics. The Councils of the Central Border Region experience common problems and concerns: a need to re-enforce and expand infrastructure, a sense of distance from centralised decision-making, a perceived peripherality from each jurisdiction, in addition to the peripherality in an EU context, which is experienced by the island, as a whole. ICBAN’s role is to help address these challenges and does so by facilitating Local Government and key stakeholders in the development of the Central Border Region; coordinating economic and social development working; capacity building of elected representatives; support of cross-border co-operation and promotion of our Region. 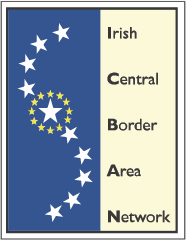 The Western Development Commission (WDC) is a statutory body that was set up to promote both social and economic development in the Western Region (Donegal, Leitrim, Sligo, Mayo, Roscommon, Galway and Clare) by: Ensuring that government policy is directed at improving the social and economic situation in the region. Developing projects in tourism, industry, marine, renewable energy, technology and organic agri-food, and so on.

Operating the €32 million Western Investment Fund (WIF) to provide loans and equity to business and local communities in the West. The story so far… 5,000 jobs supported in 156 companies 2001- 2018 €72m: the current value of the WDC’s investment portfolio Lookwest.ie which promotes the West of Ireland as a place to live and work – total social reach of 1.5m users in 2018 €13.5m value of current EU projects €4m in lending supporting 42 Communities 2018. The Western Development Commission are responsible for Spot-lit Project Communications together with helping SMEs to increase market reach beyond local markets through the ‘Development and Delivery of a Literary Tourism SME Development Programme’.

Since 2012, Arts Over Borders has specialised in producing literary tourism destination festivals in Northern Ireland, having successfully presented eight festivals in a five year period. AOB created a new literary tourism format called the bio-festival. The company is funded by and works closely with Tourism agencies (NGA & local governments) throughout Northern Ireland and with a range of SMEs, particularly hotels, restaurants and transport operators.

WFC grew from a community project to regenerate a small town in rural Scotland by creating Scotland’s National Book Town. It is widely recognised as a model for social and economic regeneration, winning Scotland’s £50,000 Creative Places award in 2012 and a Thistle Award for tourism.

WFC runs the annual Wigtown Book Festival, with over 270 events. The event has a 23:1 return on public investment, generating £3m-plus p/a for the economy. WFC is part of Creative Scotland’s network of Regularly Funded Organisations and Dumfries & Galloway Council’s Major Events Strategy.

Wigtown Festival Company works with 50-plus SMEs a year to deliver projects, with year-round activities across Dumfries & Galloway. Wigtown Festival Company’s project role includes delivering SME product innovation in Dumfries & Galloway, knowledge exchange of SME engagement and membership of the International Organisation of Book Towns, and delivery of a practical research project to engage SMEs in turning Dumfries into an international destination for child-centred literary tourism. 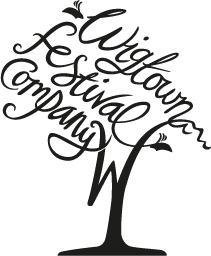 The Kainuu region in Northern Finland by the Russian border consists of 8 municipalities and has approximately 73 000 inhabitants (2018).

Regional councils in Finland are the region’s statutory joint municipal authorities, with the main responsibilities of regional development and regional land use planning. Regional Council of Kainuu is responsible for general regional policy planning programmes and also for the implementation of other programmes and the international connection involved in the region. RCK oversees the region’s interests and protects the region’s culture by networking with regional stakeholders. Tourism and culture are both important fields of business in Kainuu.

The role of RCK in the project is to gather together, support and lead the consortium formed of Kainuu actors in developing LT products and marketing activities with SME’s and utilizing modern technologies. In the core of the consortium are the literary associations and foundations that contribute their expertise to the project. Within the project partnership, RCK will participate in various WP’s, exchanging experiences and knowledge, actively participating in planning and realising actions and thereby contributing to the joint goals. RCK will support the transnational learning especially by experimenting with new (technical) solutions and bringing in concrete experiences for SME development.

MTI is a unit of the Lapland University Consortium.

The remit of the Institute is tourism research at the University of Lapland; studies in the tourism, catering and economics sectors at the Lapland University of Applied Sciences, as well as the vocational colleges REDU and Lappia.

Kajaani University of Applied Sciences is an experienced institution in programming, application and games development for educational and recreational purposes. In recent projects, the University has developed virtual e-learning solutions through EU funded projects.

Gamified content, virtual learning environment, game development, datacentre services and intelligent systems are the strategic focus areas within the Information Systems unit of the University. Kajaani University of Applied Sciences will develop a digital platform that will serve literature associations, organizations and SME’s to digitalize and create content for literature tourism and provide related products and services. Two additional applications (Android and iOS) will be developed to serve the end users (tourists) to access all the content and services that are digitalized and created. To secure functionality, KAMK will field test the application and support all partner regions in the adaptation process. 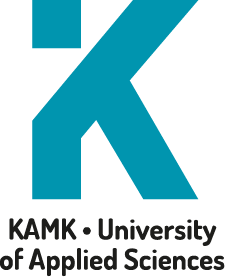 Edinburgh was the world’s first UNESCO City of Literature.

The title recognises Edinburgh’s historical literary roots and its ongoing promotion of Scotland’s literature. It hosts many tours, festivals, and events. The organisation is an associate partner in this project and will be working closely with WDC on the transfer of knowledge from city to rural areas, utilising their experienced in SME engagement through literary tourism and promotion and successful network management as well as taking part in the literary Tourism Network.

Reykjavík boasts a veritable abundance of literary riches, with our Icelandic medieval literature ranking amongst the world’s most important and culturally significant. Still read the world over, The Icelandic Sagas, which tell of extensive family disputes between blood-thirsty Vikings, are a case in point.

The Culture House exhibits some of the original medieval manuscripts, including the poetic Edda – the key to Nordic mythology – which is without doubt amongst the most important medieval literature specimens ever preserved. The Arnemagnean Manuscript Collection, also preserved in Reykjavík, was added to the UNESCO Memory of the World Register in 2009. Reykjavík UNESCO City of Literature is be an associate partner of this project for the purpose of taking part in the literary Tourism Network. It will participate and add value to this network in terms of collaboration, transfer/sharing of knowledge and working with other countries in the NPA for the strategic development of literary tourism.