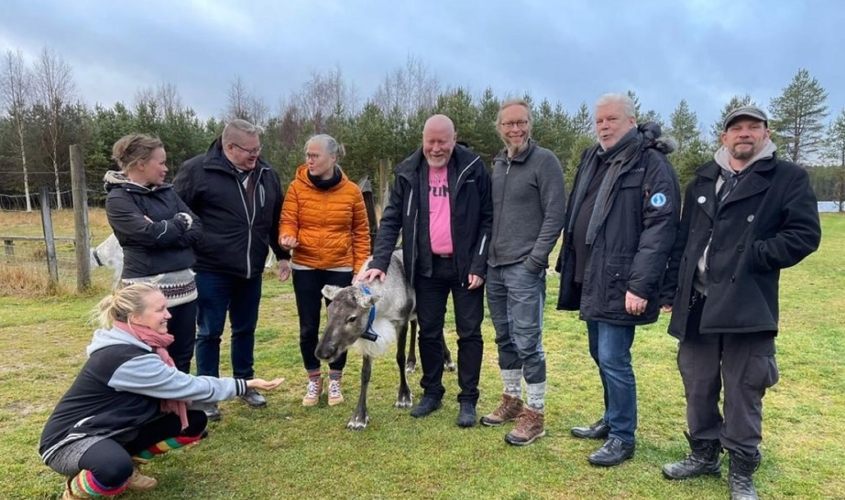 Spot-lit project, aiming to grow the literary tourism sector in the Northern Periphery and Arctic region, opened a call for literature tourism product incubation ideas end of January 2020. Suomussalmi munisipality in the Kainuu region in the North of Finland  was one of the successful applicants. Suomussalmi munisipality had an idea to arrange Hossa Storytelling Bootcamps in the surroundings of Hossa national park by the Russian border. Although not directly linked to tourism, it was estimated to have great potential in raising awareness not merely about the region, but also about literature and storytelling, thereby creating many opportunities. The aim is to develop the Hossa area as a location for literature related events.

The original plan was to pilot an international event, bringing together a variety talents from different fields and backgrounds thus  was enabling new partnerships and ideas to emerge. The idea was also to combine traditional residency with interaction with the community, especially with the local amateur writers of different fields. However, before the event planning had even been properly started, the COVID19 pandemic hit the world, meaning no international aspect could be included to the plan. However, the organisers were able to gather together an interesting and articulate bunch of Finnish writers in November 2021 to the first ever Hossa Storytelling Bootcamp for one weekend.

The first Hossa Storytelling Bootcamp in November 2021 gathered together professional writers of different fields to the magical surroundings of Hossa National Park in Northern Finland. A small live audience, and a larger one online, enjoyed intriguing discussions on stories and writing. The event was a great success with strong interest shown in arranging a new,  international event when restrictions allow.

The first night of the event offered the participants a chance of getting to know each other and to prepare for the main event to follow in an informal atmosphere.  At the main event on Saturday, two facilitated discussion were organised in front of a small live audience, and live streamed online for a bigger audience.  Feedback was also received via online channels during the event. Six writers participated the joint sessions, facilitated by Jan Erola and Marko Karvonen. The discussions touched on many interesting topics and the audience heard stories about how each of the participants had become writers, how they build good characters for their stories, and what do they think are dangerous grounds in writing a story. There also was discussion on transferring a book into a film or a play; what factors does one have to consider , and how is the process built?. 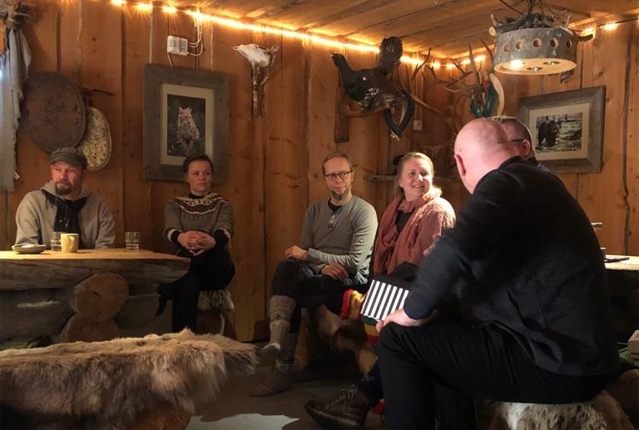 Hossa village is full of history. The oldest dwellings found in the national park are almost 10,000 years old and the famous rock paintings at Värikallio Cliffs are at least 3,500 years old.  Participants discussed the stories of Hossa, how to build a story of Hossa for an audience and in particular the story of the first inhabitants arriving and settling to the area in ancient times. What language did they speak? Who’s behind the rock paintings and what kind of stories are there about those people and their life?

After the live sessions, during a campfire evening the discussions continued, some some short videos were shot and participants enjoyed dinner and bathe in a traditional smoke sauna.  On Sunday morning breakfast, participants gave  feedback on the event before spending time on a small hike and see some of the national park and enjoy the peace of nature.

The purpose of the pilot event was to see if a concept like this works, to measure the resources needed, and to find out how the participants see it all from their perspective. The experiences from this first ever Hossa Storytelling Boot Camp were indeed encouraging: the participants found the environment pleasant and the discussions intriguing.

Hossa national park was an idyllic location for such events, the autumn darkness, together with the thin layer of snow that fell on the evening, created an experience the participants described as unique. The timing right between autumn and winter, between two tourism seasons was found a suitable one for arranging such events also for practical reasons.  At the event, filmmakers, authors, and theatre makers got to meet each other in a more informal environment. The group saw it as a real advantage to bring together people from different fields of writing.

It was seen important to keep the Hossa national park in the centre of also the future events, arranging also the possible public events in the same, engaging environment. Of course, the logistics of a remote and sparsely populated region like this create their own challenge, affecting both the schedule and the costs. In the future, joint transportation may be a feasible option for both the writers and the audience, coming by train and by plane. As Hossa is such an interesting place, the organisers should reserve enough time in the schedule, for getting to know the environment and to enjoy the Northern nature.

According to the original plans, Hossa Storytelling Boot Camp was going to include a public event, but this was cancelled due to the pandemic. The writers attending this pilot event also wished for the future events to include interactive sessions with a live audience. We all sure hope to be able to arrange events like that soon!

Discussions on the Future are Going on

Arranging a regular writer event in Hossa has been the goal for the Suomussalmi municipality right from the beginning. Joni Kinnunen, who drafted and sent the application to the project incubation programme, says that now that the concept has been tested and a significant interest has been found among the target group, it is the time to sit down and start visioning the future of Hossa Storytelling Bootcamp.

The recordings of The Bootcamp with Finnish and English subtitles will soon be available online” – Watch This Space and stay tuned for some new stories!