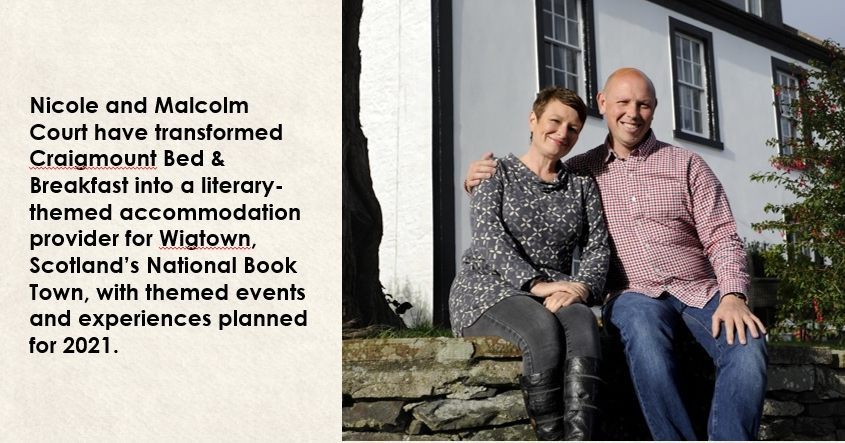 Craigmount is owned by Malcolm and Nicole Court, who discovered and fell in love with Wigtown a few years ago while on their frequent travels to Scotland. Their dreams finally became a reality in August 2018 when they bought and reopened Craigmount as a bed and breakfast. Initially Craigmount B&B was just a b&b in Wigtown until approached by Adrian Turpin, director of the Wigtown Book Festival, who suggested they become a literary themed accommodation provider.

“He invited us to this Spot-lit Programme where we got to meet different people and there were lots of ideas going around about how to highlight Dumfries and Galloway as the literary highlight of Scotland,” said Nicole. Through the Spot-lit Programme which offered mentoring and funding, Malcolm and Nicole have created literary-themed accommodation at Craigmount, All rooms and public areas are based on local literary figures.

Malcolm and Nicole are also keen to hold themed evenings and literary tours of the area. They hope that their ideas will help attract literary tourists to enjoy Scotland’s National Book Town all year round and not just during the annual book festival. 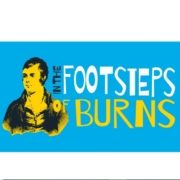 ‘In the Footsteps of Burns’. 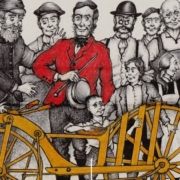 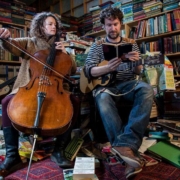 ‘In the Footsteps of Burns’.
Scroll to top