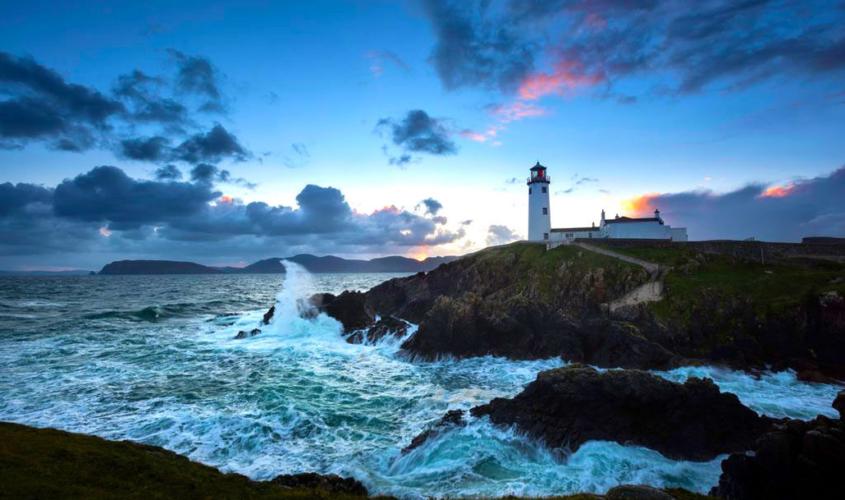 In May 2020, the Western Development Commission circulated a tender call for a creative partner to develop a Literary Tourism Performance Model for the Wild Atlantic Way, as part of their wider European ‘Spot-Lit.eu Project’. One of the Spot-Lit programme aims is to test models of place-based opportunities in new, innovative, sustainable and creative ways which look beyond the natural landscape and provide appeal based on cultural and literary assets to broaden interest in the region.

Curator/Producer Dani Gill is developing the model with partner Brendan MacEvilly. Dani Gill is the current Artistic Director of Ennis Bookclub Festival, and is the National Literary Audience Development Officer with Words Ireland. Previously she was Director of Cúirt International Festival of Literature, where she managed and delivered three European Projects. Brendan MacEvilly is the Editor of Holy Show magazine and is an independent Literary Producer, having created and toured Minor Monuments, an ‘audio visual essay’ with prize winning writer Ian Malaney in 2019.

Together the pair have designed an ambitious Wild Atlantic Way Literary Performance Model, containing a site-specific experience The Lighthouse Project, and a stage show of recent publication Handiwork, by Cork based writer Sara Baume. The Wild Atlantic Way Literary Performance Model will include an impressive list of partners who have signed up to take part in 2021, featuring The Lighthouse Project and the live stage show, as part of their programmes.

The Lighthouse Project includes partners in Donegal, Sligo, Mayo, Galway, and Clare, as well as events on the east coast including Dublin, Meath and Louth. Writers will be commissioned to take part in a collaborative process with sound designers, visual artists and theatre makers, to create a walk in the vicinity of a lighthouse. People will be able to download and listen to a track, specially created for the place, with sound and words by a writer in each county. The project will launch in March 2021, at the Ennis Bookclub Festival, featuring Loop Head Lighthouse.

Each month from March to October, a new lighthouse will be featured and people in the locality will get to experience creative walks, peppered with surprises along the way. Commissioning partners involved with the project include Cairde Arts Festival, (Sligo), Creative Ireland, (Mayo), Cúirt International Festival of Literature (Galway), and Earagail Arts Festival (Donegal).

Musician Irene Buckley will feature in the live stage show, along with writer Sara Baume, and the piece will contain visuals filmed this year around the west of Ireland by filmmaker Jamie Goldrick. Audiences will have literature presented in a format including curated live performances in tandem with pre-recorded elements.

This model is the Republic of Ireland’s contribution to this element of the Spot-Lit project and will be met by other literary initiatives in Finland, Scotland and Northern Ireland. Find Out More About The Spot-lit Literary Models HERE.