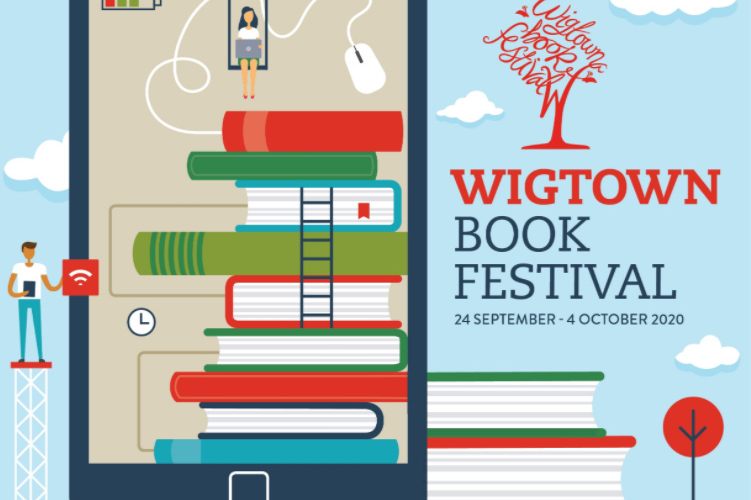 Digital Wigtown? They are two words that don’t sit naturally together. The joy of Scotland’s Book Town has always been the serendipity of browsing, not on the internet but among the shelves. The autumn book festival is traditionally a place to meet and greet, catch up with old friends and make new ones. But this year there will be no marquees, and no complaints about parking. The hum of the cafe in the County Buildings will be silenced as the 2020 festival goes online in the face of Covid. Who would have imagined that a year ago?

One of the greatest challenges of this brave new digital world has been how to keep the Wigtown-ness of Wigtown. With all the other digital events taking place this year, maintaining the distinctiveness of our Book Town festival has been a priority.

In a normal year, Wigtown Book Festival would generate more than £4m for the local economy, mainly through tourist visits. Sadly that won’t be happening this autumn. But more than ever the festival has a role in showcasing the joys of south Scotland to the widest possible audience.

Yes we have a rota of big literary names, from Andrew Marr and Maggie O’Farrell to Sue Black, Kate Humble and Andrew O’Hagan.  But perhaps the greatest star will be Wigtown and Galloway themselves, hoping to reach a new audience through the web.

Home talent abounds and the opening night will set the tone with the world premiere of a new musical work that puts Galloway’s St Ninian centre stage, created by novelist Alexander McCall Smith and composer Tom Cunningham. While the Wigtown-based Bookshop Band host a daily literary chat show, Diary of a Bookseller author and Book Town stalwart Shaun Bythell offers a sneak preview of his new book about his customers.

Through the wonders of technology we will be exploring Wigtown’s saltmarsh in the company of award-winning nature writer Stephen Rutt, taking the plunge with wild swimmer Vicky Allan, and foraging the Solway shore with wild-food expert Mark Williams, all part of Scotland’s Year of Coasts and Waters celebrations.

Bladnoch Distillery will be offering a virtual whisky tasting, conducted online with the spirits delivered by post in advance, while The Kist – the festival’s regular craft and food space that celebrates southern Scottish producers – also gets a digital makeover.

Visual arts have always been a key part of Wigtown Book Festival’s DNA. One of several online exhibitions celebrating our links with the arts and crafts open studios event Spring Fling will be a retrospective for artist Astrid Jaekel, who famously wallpapered many of the Book Town’s buildings to mark the festival’s 20th birthday. And there’s even a sound artist, the enigmatic Stuart McLean, known locally as French Bloke, who will be curating a collection of the Sounds of Wigtown – evocative audio postcards to bring the Book Town to life at a distance.

But delight in our home town doesn’t mean we won’t also be stretching our wings, with authors taking part from as far away as New York and Argentina. We’ll also be teaming up with our sister Book Town in Featherston, New Zealand for the first time.

“The Chinese use two brush strokes to write the word ‘crisis’,” President John F Kennedy famously observed. “One brush stroke stands for danger; the other for opportunity. In a crisis, be aware of the danger – but recognise the opportunity.”

This year has certainly been one of danger for Wigtown Book Festival, as it has for most cultural organisations. That we’ve ridden it so far is thanks largely to the many individuals and organisations, big and small, public and private who have given time, energy and (let’s not beat about the bush) money to help us survive.

Now, this autumn, we pick up the brush again and try to make the most of an opportunity to communicate in a new way and to find new audiences. We hope you will join us, wherever in the world you are.

To Find Out How To Take Part.

How can I watch events?
You can find events in the adult and YA programmes on Facebook, YouTube or via www.wigtownbookfestival.com. Children’s events will be on the Big Wig and Big Dog Facebook pages.

Travel Bubble to be Developed in Kainuu?